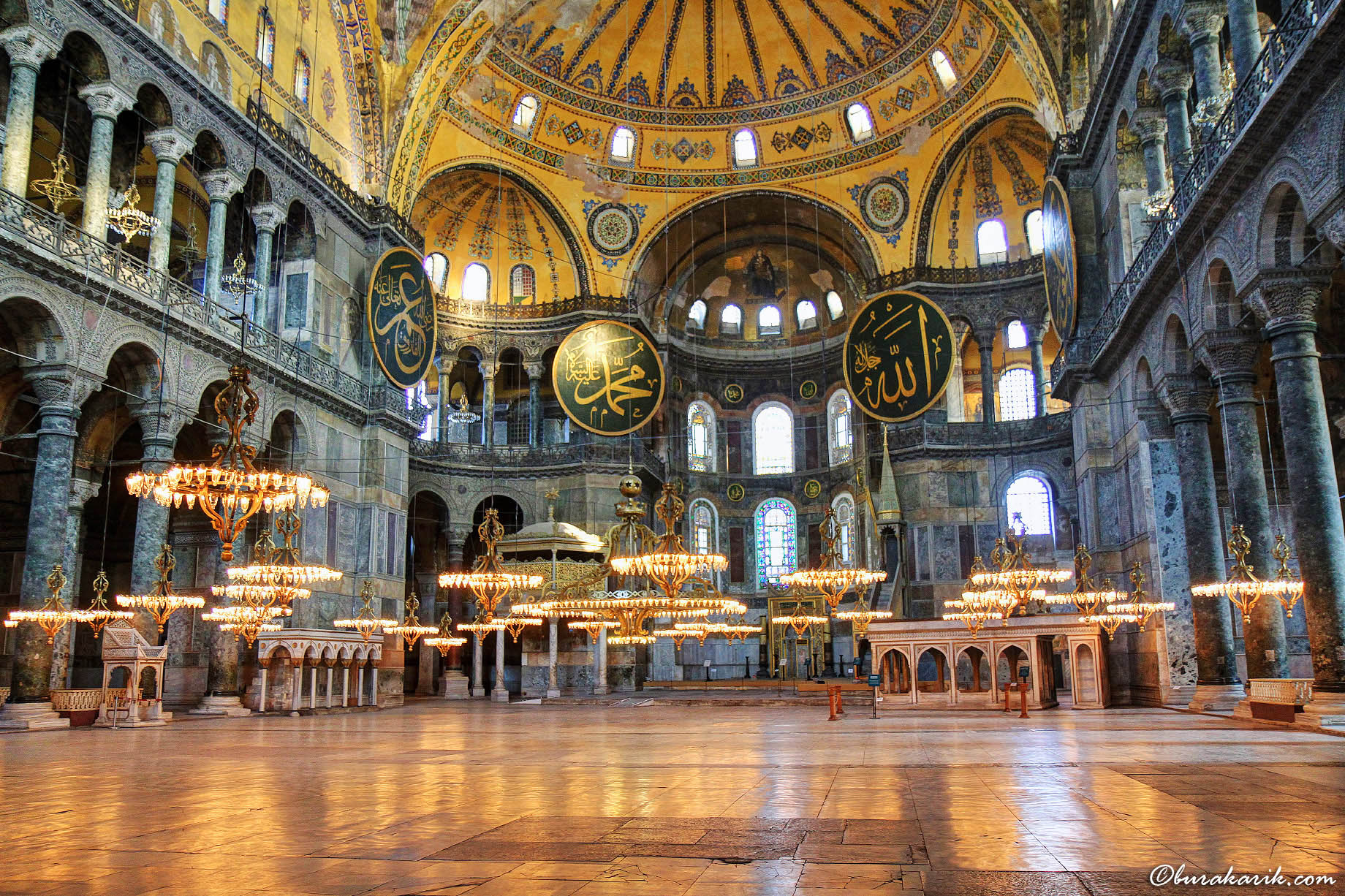 Built by the orders of Emperor Justinian in 537 AD, for 900 years Hagia Sophia had been the center of Orthodox Christianity until 1453 when the city was concurred by Ottoman Empire (Fatih Sultan Mehmet). 500 years following the conquest of Muslims, it became a jewel for the Muslim world and as the grand mosque of the sultans. In 1935, Hagia Sophia had been converted into a museum of Turkish Republic by the orders of Ataturk, and became one of the most significant monuments not only in Turkey but on earth with its architecture and its historical richness. Hagia Sophia was choosen a world heritage site by UNESCO in 1985.

Story of the Photo:
It's not easy to capture Hagia Sophia without any guests in the picture. To achieve this, i waited until everybody quits. At that moment, I was the last one inside. I liked the reflections on the ground, so I wanted to keep reflections in the picture as much as possible. It was not allowed to use tripod and light was low. So, I increased the ISO to 800 and use f/2.8 aperture. Canon EF-S 17-55 f/2.8 IS lens was used. This lens was able to produce pretty sharp images even at f/2.8 and IS prevented occurence of blur.